Search & Discover The Best Broadband Only Deals In Your Area Now 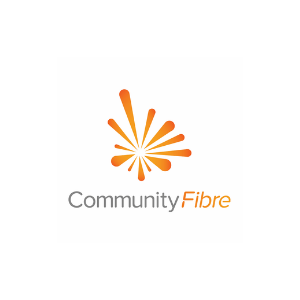 Which broadband only provider should I go for?

There are plenty of broadband providers in the UK. The telecoms industry is highly competitive as broadband technology is constantly evolving and the number of players is rapidly rising. This all leads to a lot of competition in the industry and providers are falling over themselves to offer you the best broadband only deals. This gives consumers a lot of choices when it comes to broadband only deals UK-wide and a lot of power when it comes to negotiating extras and other benefits. You’ll also quickly learn how cheap and easy it is to secure fast, reliable and rewarding fibre broadband.

There are three main providers of broadband in the UK. Those are Virgin Media, BT and Sky. All three providers are experimenting with ultrafast fibre broadband, with some basic connections reaching speeds in excess of 100 MB per second. Virgin is a pioneer in fast Internet with its most popular deal boasting average speeds of 108 MB per second, and with speeds of 1 GB/S on the horizon. The other two are not far behind, both offering very respectable speeds.

Virgin is the company that currently offers the highest speeds. It has several choices when it comes to Virgin broadband only deals, each ascending in speed. The cheapest is its M50 fibre broadband package at £38 per month. This 18-month contract comes with a free set up and average download speeds of 54 MB per second. This makes it perfect for tasks like streaming TV programmes and listening to music. Virgin’s next deal up is its M100 fibre broadband deal. For £40 per month, customers can enjoy a speed of 108 MB per second on average – making this perfect for streaming TV shows on multiple devices.

Virgin also offers its M200 deal at £50 a month – with free activation and speeds of up to 230 MB per second. The current fastest deal – the M350 – offered by Virgin promises a whopping 362 MB per second download speed. This is perfect for unlimited streaming from households with multiple devices and costs just £56 per month.

Soon to come is Virgin’s most advanced deal yet – the Gig1 fibre deal. From £62 per month with an 18-month contract, this record-breaking deal will see you reach speeds of over 1 GB/s. It isn’t widely available yet, but it will be rolled out across the UK very soon.

BT is the largest broadband provider in the UK. Serving millions of customers every day, it processes more than 50,000 PetaBytes of data each year. It offers its customers two main broadband only deals, its Fibre 1 and Fibre 2 connections.

With Fibre 1, you can get average speeds of 50 Mb/s for £27.99 per month. This is a 24-month contract that includes a £70 BT gift card as an incentive. This deal is great for families and those that want to connect multiple devices to the internet at once.

If you’d like something a little faster from BT, its Fibre 2 deal offers speeds of around 67 Mb/s, for just £29.99 per month. This will allow unlimited downloads and is perfect for when several of you want to stream different TV services or games at the same time. As with Fibre 1, customers are also rewarded with a £70 gift card after three months of service.

If cost is a major factor to you, and your household won’t be using multiple devices at the same time or downloading large files, you can get connected to the internet for a significantly smaller investment. There are some providers – such as Now TV and Plusnet – which offer cheap broadband only deals for under £20 per month. These no-frills deals simply focus on getting you connected – and you can even receive a host of rewards and benefits from signing up with them. Many of them are even unlimited broadband only deals, meaning you can download and stream as much as you want within the monthly fee.

How should I decide which broadband only provider to go with?

It can understandably be confusing when thinking about which broadband deal you should choose, especially given how many companies offer fast fibre broadband. All proclaim to be the fastest and the cheapest, leaving you wondering what the difference is. This is where it’s important to use a fibre postcode checker to find out which deals are available in your area. Companies all claim to reach certain speeds on their websites, however, these are often maximum speeds or average speeds and can vary drastically from postcode to postcode. Once you do have a rough idea of which providers appeal to you, you can use a postcode checker like ours. Simply enter your postcode into the search box and we will instantly bring up a list of the highest-performing deals in your area. On the left-hand side of each entry, you will see the average broadband speed for your exact postcode. This is a much more realistic representation of what is possible for you.

To summarise, there are many providers in the UK offering competitive and fast unlimited broadband only deals. Whether you’re looking for the cheapest broadband only deals or the most advanced, you should always start by checking what is available in your area. While there is a lot of choice for consumers, there is also a lot of variation in performance and speed between postcodes. So, always do your homework before you sign up for a new broadband package. Start by using our broadband comparison tool to find the right deal for you.