Savvy consumers check reviews and testimonials to determine whether or not they trust a fibre broadband supplier.

On average informed buyers check at least 7 reviews before deciding to trust a business. At Compare Fibre we aggregate all of the company reviews for fibre broadband providers, so that you can get an easy overview and average rating score.

Compare All Providers At Your Location Social Tariffs – Access To All In Jan 2020, UK was seen as one of the cheapest internet providers in Western Europe (5th out of Are Landlines History? So what is the chatter about landlines and why do we still have them when nearly everyone now has a mobile phone? How sustainable is your Broadband? 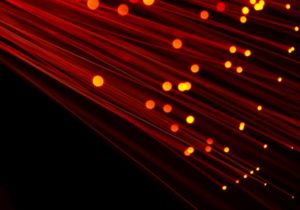 FTTP: When’s the right time to upgrade? Ofcom has recently reported that the average home broadband speed is 64Mbps. Typically this is associated with FTTC 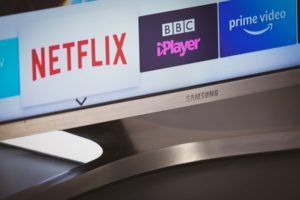 It may not be your supplier who is to blame for your slow home broadband – It could be YOU!

It may not be your supplier who is to blame for your slow home broadband – It could be YOU! It’s not always obvious what

To get the fastest broadband widely available across the UK, the choice has got to be Virgin Media, which leads the broadband market in download speeds and seems to be pulling further ahead each year. The company now offers seven different packages with varying speeds and prices. But there are also other factors that make up the ideal broadband package for individual users, so before you choose your next provider, read on to find out if Virgin Media’s services are right for you.

Is Virgin Media Fibre Fast? What Are The Download Speeds?

There’s no getting away from it – when it comes to broadband speed, Virgin Media is where it’s at. Its top of the range Gig1 Fibre Broadband package release for 2020 far surpasses the top speeds offered by its closest competitors such as Sky and BT, averaging an epic average download speed of 1140Mbps.

Other Virgin Media broadband deals offer average speeds of 54Mbps, 108Mbps, 213Mbps, 362Mbps, 516Mbps and 636Mbps. Any of these packages could adequately serve a home when it comes to streaming films, gaming, emailing and social media.

One of the major advantages of choosing Virgin Media for speed is that it’s the one provider with which you’re most likely to get the speed advertised.

Research by Ofcom in 2018 found that while many providers struggled to perform the top speeds they advertised during peak hours, Virgin Media customers were getting the speeds they paid for.

Are The Upload Speeds Fast Too?

The Virgin Media website clearly and helpfully manages customer expectations by detailing not only the average advertised speeds but the ‘normally available speed range’ which is the download and upload speed you should expect your hub to achieve at peak internet use times, between 8pm and 10pm each day of the week. As a signatory to Ofcom’s Voluntary Code of Practice for Better Broadband Speed Information, Virgin Media has committed to transparency so there are no hidden catches. Overall, unlike other providers, there’s little difference between the speeds advertised and what you actually receive.

What Sort Of Router Is Provided With Virgin Media Fibre

With Virgin Media, all broadband fibre customers have the same router, the Hub 3.0, which can handle both lower-end packages and the demands of their highest speed deals. This is a good thing for both Virgin Media and their customers, as not only is it a good quality piece of equipment, but it means you can upgrade your package if you decide you need something faster without having to wait and set up a different piece of hardware.

When it comes to performance, the Virgin Media router must be one of the best for household use. With the Hub 3.0, you get great broadband speeds that can be shared across multiple devices. It also works brilliantly when it comes to range, with a wide scope that means it is suitable for even large houses with multiple rooms.

With the Virgin Media router, you and your family can stay secure online with the award-winning security technology included such as parental controls and WebSafe, which protects your home broadband network and defends against viruses. You can also install Virgin Media Internet Security, powered by F-Secure, to protect all your devices, which is free for three months, and then £3 a month thereafter.

How Does Installation Of Virgin Fibre Work?

To get your Virgin Media broadband connection set up, you do have to pay a fee. This fee varies but generally, the fee is reduced for customers committing to a full year contract over a 30-day deal, which makes sense as an incentive to longer-term customers.

If it’s not a new connection, but a switch from another provider which uses Openreach, you’ll have to close down that connection and get Virgin Media to put a new line in for your household. However, if you have used the Virgin network in your home within the last three years, you should be able to use QuickStart to install your new connection and equipment yourself.

Virgin Media’s customer service is rated fairly highly, with an Ofcom survey showing its customers rated their satisfaction with their service at 85%. It also found 85% of customers were satisfied with the speeds they were receiving, which is above average when compared with its competitors.

However, not all customers were happy with Virgin Media, and in 2018 it claimed the dubious title as the second most-complained about broadband provider, with 15% of its customers finding fault – beaten only by TalkTalk, which scored 17%.

A bit pricey, though sales and discounts are regular
High fees for contract cancellation
Unavailable in some places

Without a doubt, Virgin Media leads the market for UK broadband speeds, and that doesn’t look set to change anytime soon. As you might expect, this is no low-end, budget deal but while the prices may be a bit higher than other broadband providers, you do get what you pay for. Not only is Virgin Media’s service fast, it is also more reliable than others, and the speeds advertised are most likely to be the speeds you receive.

Coverage can be an issue, but it is expanding all the time, and so if speed is your priority and you live in an area where Virgin Media is available, it’s definitely worth giving it some serious consideration when you come to choose your next provider.