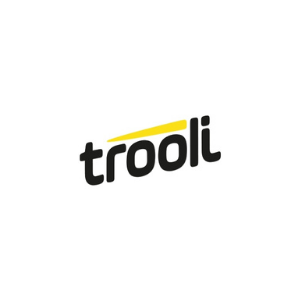 Trooli is a full fibre broadband provider based in West Malling in Kent. Trooli has over 20 years of experience and in that time has brought Fibre and full fibre broadband to much of the South East of England. Trooli’s mission is to bring the most advanced fibre broadband connections to as many homes as possible. Trooli does this by building its own network and using its own hardware- making them a network builder as well as provider. This helps Trooli to deliver full fibre (FTTP) with gigabit speed right to the home, rather than just the cabinet.

As a Full-fibre broadband provider, Trooli’s aim is to help broadband users with high consumption and speed needs. This makes them a great option for those who have multiple devices on a network using up large speed requirements for streaming, gaming or work.

Trooli’s broadband packages have a simple structure of three full-fibre options. This gives customers the option to have speeds ranging from 300 Mbps, right up to 900 Mbps.

Trooli is a full fibre broadband provider serving much of the south east of England. With headquarters in West Malling, Kent, Trooli aim to bring the fastest connections possible to their customers homes. They have a simple package structure made up of three full fibre packages ranging from 300 Mbps right up to Gigabit speeds.

Trooli’s fibre broadband speed is their main selling point, aside from being affordable. With many people now looking for faster broadband, internet service providers are competing to have the fastest download and upload speeds as well as offering flexible contracts at affordable prices. Trooli’s full-fibre network boasts speeds up to 900 Mbps, which means that they are faster on average than most UK providers. To be precise, Trooli’s download speed is around 14x faster than the UK average.

Trooli offers three different full fibre packages at 300, 500 and 900 Mbps. This means users can choose a speed that suits their needs whilst still having a fast full fibre connection.

Trooli offer a speed guarantee with their packages meaning you get exactly what you pay for. If your speed consistently drops below this then Trooli will do something to fix it.

Trooli has been bringing new connection technologies to customers in the south east for around 20 years, which means it’ developed a large customer base and subsequently a Great reputation on Trustpilot. Trooli’s Trustpilot score is at 4.1 out of 5 with 75% of customers rating them as excellent. Most reviews highlight the consistency of Trooli’s service, from installation to service to customer support.

The reviews specifically highlight the quality of customer service, stating that they are quick and helpful. However, this is if required at all as many reviews have taken the ‘no complaints’ or ‘no problems route’. This is often a characteristic of a full-fibre Alt Net as to compete with larger, cheaper providers, they must create value for their customers by other means. This is the stand out factor for Trooli.

It’s important to be aware of the problems Trooli has also. The ‘poor’ reviews consistently mention problems with initial orders and the associated time to installation. This is something to be aware of if you are looking for a quick switch.

Most customers that currently use Trool’s fibre broadband are satisfied with their services. As Trooli’s broadband has 14x faster download speeds than most UK competitors, it is understandable why customers praise the speed of their broadband. Additionally, Trooli’s fibre broadband is ran on Trooli’s own built network, ensuring consistency and quality of service.

Trooli fibre broadband is a good broadband solution regardless of what you’ll be using it for. Even for the casual user that browses online, uses social media and occasionally streams a movie, Trooli is a reliable choice.

Trooli offers three straightforward home broadband packages. All are full fibre but vary in speed for customers that have different broadband requirements. This includes 300, 500 and 900 Mbps. These speeds make the Trooli a great option for those with high internet usage- e.g. multiple devices streaming in HD, gaming, video calls and downloading files.

Trooli focus on the connection as a single entity rather than including bolt-on phone packages and optional extras. This means if you are after a full communications or entertainment bundle, they may not be right for you. But if it’s just fast connections, Trooli are a solid choice.

Trooli has three home broadband products, all of which are full fibre. The 300 Mbps package also includes 100 Mbps upload speeds for £35 per month. This is a very competitive price for such speeds and for most households with three or four people living together, a 300 Mbps internet download is enough for the various uses ranging from online gaming, streaming, and general browsing.

The 500 Mbps package is priced at £60 per month and an upload speed of 200 Mbps. Again, this is good value for this price range making it a good option if your household has a large internet usage.

Finally, the 900Mbps- verging on Gigabit speeds, is close to the top speed currently available in the UK from most providers. It’s rare to see speeds over 1 Gbps, although there are providers who offer 3 Gbps and as much as 10Gbps. However, combined with a 300 Mbps upload speed, this is more than enough for any kind of household usage.

Customers will also receive the following:

Trooli are offering speed guarentee’s on their broadband packages meaning you get the speed advertised. This gets rid of traditional ‘average’ speed’s which are often lower than the advertised speed.

Finally, Trooli offer an ultra-reliable service with 99.99+% network uptime on their own network, which is independent from Openreach network and copper phonelines. This ensures consistency and quality of service.

How much does Trooli fibre broadband cost?

Trooli offers one contract length, which means there is only one price for a package. This simplifies the process of deciding which suits your budget.

These prices are competitive as you can normally expect to pay £30 for around 100 Mbps, making the 300 Mbps package a great deal. As the speed goes up, the value isn’t quite as good, but it is still very competitive comparatively to other providers.

Currently these are the only home broadband packages Trooli provides.

How long is the minimum contract length for Trooli fibre broadband?

Be aware, after this contract has expired, the cost of service increases so customers should keep an in mind their end date in order to avoid paying higher fees.

If you want to check whether you can sign up to a Trooli contract, then you can use this broadband checker.

How do I check if Trooli fibre broadband is in my area?

Checking whether Trooli fibre broadband is in your area is simple, you just need to visit the Trooli website and use their availability checker. All you need to do is enter your postcode and the checker will let you know whether you can sign up to Trooli.

Please be aware that Trooli are currently only operating in Berkshire, Buckinghamshire, East Anglia, East Sussex, Hampshire and Kent. If you do not live in these counties, they will not be available to you.

It’s also important to understand the full fibre is a new technology, so Trooli is still building in many towns and villages. Those living in more rural areas may not be able to access Trooli’s FTTP packages at this time. However, it’s always worth getting in touch with them to see if they have plans to build near you.

What is Trooli’s fibre coverage in the UK?

Trooli currently has coverage in the south east of England- specifically Berkshire, Buckinghamshire, East Anglia, East Sussex, Hampshire and Kent. If you do not live in these counties, they will not be available to you.

It’s also important to be aware that Trooli are still building their network and may not be available in more rural areas.

Trooli’s customer services have received a lot of praise from customers that currently use their fibre broadband. Many have stated that the customer services are excellent for many reasons including quick response times and helpful customer support assistants.

Trooli’s customer service team are said to be a friendly bunch that can quickly solve any issues that you have with your broadband. If you’re looking to contact their customer services then you can phone them to discuss any issues or enquire about their broadband for the first time.

Trooli’s customer services are available to call 7 days a week. Alternatively, you can email them at helpdesk@trooli.com.

What is the Trooli customer service number?